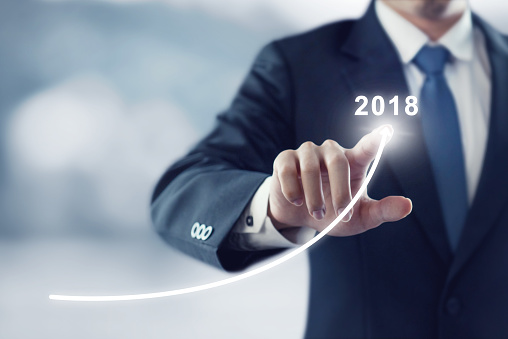 The outlook for mid- to large-sized insurance agencies looks encouraging and is expected to continue in 2018.

Some of the growth is attributable to the Tax Cut and Jobs Act, which Donald Trump signed in December. There is also a record number of mergers and acquisitions taking place, which is fueling growth.

The impact of the Tax Act comes mainly through improved tax cash flows for C-corporations. The Tax Act is also projected to provide some increase to valuation.

Strong gains at the end of 2017 led to increased optimism about growth continuing into this year. Organic growth for insurance agencies grew from 4.2 percent to 4.5 percent in 2017, while earnings before interest, taxes, depreciation and amortization increased from 20.0 percent to 20.4 percent.

The improving economy, effects of the Tax Act, and stable pricing for property and casualty insurance will likely continue to drive growth among agencies, according to insurance officials.

Technology became a major growth engine in 2017 and is expected to be a big contributor to agency growth in 2018. Companies are looking to use technology to boost their top line, develop new products, improve their distribution strategies, gain new customers and improve efficiency.

Another contributing factor is growth in the U.S. Gross Domestic Product. Growth in this area is helping to push up organic growth for brokers in 2018. In the fourth quarter of 2017, GDP increased 2.9 percent; it increased 2.3 percent in the first quarter of 2018.

Most of this information is derived from data submitted by more than 150 midsize and large insurance agencies as well as brokerage firms.

Partner with a Top Insurance Recruitment Agency to Support Growth

If your company is looking for top-notch, reliable professionals, Insurance Relief can help you. We take a personal approach toward each person we recruit, so your company can be sure it is getting the best person for the job. Our efforts have earned us Best of Staffing awards. Contact Insurance Relief today